It might be too much too much to say about Dusan Roll that he succeded in bringing down the Berlin Wall and communism, but he deserves a considerable honor for the fact that childrens culture and especially the illustrative part of it was kept free of too much censorship and surveillance. At the same time he succeded in creating a free space for an East/West dialogue over a glass of borovicka (which is the name of the local snaps). Dusan Roll gave this famous remark, when local illustrators were not permitted to go to the West and show their works: “If we can’t go to them, they must come to us.” And thus the Bienále Illustracií Bratislave was born in 1967 as part of the spirit of the Czechoslovakian spring. It was his luck that tyrants seldom share an interest in children’s culture so in the years to come up to 1989 he and his likesined created an atmosphere of freedom and creativity in the worn brown House of Culture in downtown Bratislava. Many Danish illustrators grasped the vision of the BIB. It is all about freedom, cheeknes and careful work. Often in the light of the lyrical Slovac surrealism inspired by nature. Dusan Roll was a true builder of bridges and the BIB has successfully kept the spirit of ’67 alive up to and beyond 1989. BIB continues to be the most important and less commercialized of its kind. It appears in its 28. Edition in October. And it is still worth a visit.

Dusan Roll was 93 years old. He studied law but most of his working life was spent in the field of films, books and pictures. He made a difference. 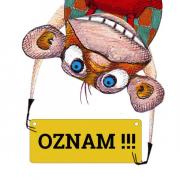 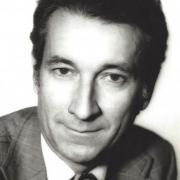 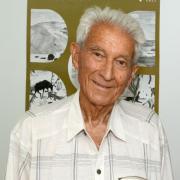 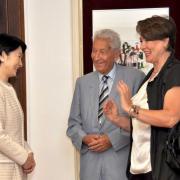