The International Festival of Animated Films for Children, the Biennial of Animation Bratislava, which started on Monday, October 10 reached its climax on Friday, October 14 at the prize-awarding ceremony in the Mirror Hall of the Primate`s Palace in Bratislava.

During the Festival, spectators watched more than 260 animated films from all over the world in Kino Klap at the Academy of Performing Arts (VŠMU) and in Kino Mladosť. The competing films were screened in Bratislava in Dom kultúry Zrkadlový háj, Dom kultúry Dúbravka and Kino Nostalgia/Nivy. The Festival expanded by actively reaching out to child audience, since the competing films were screened also outside Bratislava, to children in Prešov (Kino Scala), in Prievidza (Kino Baník-Art Point) and in Košice (Kunsthalle). In the international competition, there were 59 films from 25 countries, which were screened and attracted remarkable interest and spontaneous reaction of more than 15,000 children spectators.

The Festival films were judged by the International Jury which consisted of:

and the following members:

The BAB 2016 International Jury has decided to award the following: The Viktor Kubal Award for the best film in competition went to the film One, two, tree, directed by Yulia Aronova (France, Switzerland), for excellent animation, strong and inventive storytelling and original style. The UNICEF Award went to the film The Christmas Ballad, directed by Michal Žabka (Czech Republic), for using original animation techniques to articulate an urgency of understanding and thoughts corresponding the best with UNICEF aims and mission. The St. Vojtech Award for the best film of the Visegrad countries went to the film Apolejka and Her Donkey, directed by Joanna Jasińska Koronkiewicz (Poland), for an excellent approach to the classic fairytale story transformed to story for current children viewers. The Literary Fund Award went to director Juraj Krumpolec (Slovakia), for the film Star Taxi, for dynamic colourful visualisation of the story, based on a tale by Gianni Rodari and his witty translation into the reality of Slovak school children. Based on the BAB 2016 audience opinion poll, the Junior Audience Award went to the film Stick Man, directed by Jeroen Jaspaert and Daniel Snaddon (United Kingdom).

The Jury has decided to award a Special Mention to the studio FILM BILDER GmbH (Germany), for a fresh and joyful selection of films in the competition (films: Kopf hoch! / Head up!, Krake / Octopus, Wolf, Bat Time, Yhr Glühwürmchen kommet, A Reindeer Carol.)

The following prizes were awarded in the non-competing film section of the 13 th Biennial of Animation Bratislava 2016: The PRIX KLINGSOR for Lifetime achievement was awarded to significant global leader in the field of animated film, designer, animator and director Jannik Hastrup (Denmark). The ALBÍN BRUNOVSKÝ HONORARY MEDAL for an outstanding contribution to the field of animated film was awarded to designer, animator and director Tadeusz Wilkosz (Poland). The ALBÍN BRUNOVSKÝ HONORARY MEDAL for an outstanding contribution to the field of animated film was awarded to scriptwriter, dramaturge and lecturer Jiří Kubíček (Czech Republic). The ALBÍN BRUNOVSKÝ HONORARY MEDAL for an outstanding contribution to the field of animated film was awarded to designer, animator, director and lecturer Vladimír Malík (Slovakia). The ALBÍN BRUNOVSKÝ HONORARY MEDAL for an outstanding contribution to the field of animated film was awarded to designer, animator and director John Halas in Memoriam (United Kingdom). 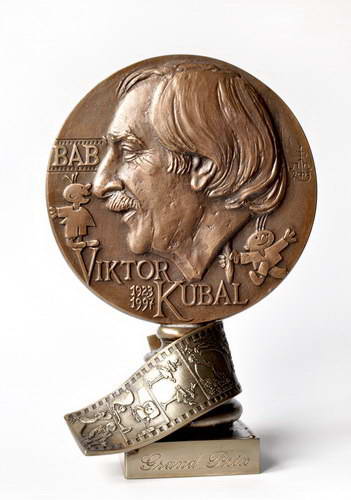 The Viktor Kubala Award goes to the filmmakers of the best animated film in International competition which meets top-class quality standards with regard to artistic, animation and conceptual unity with a particular focus on the target audience - children. The award comprises of a diploma and a bronze statue. The UNICEF Award goes to the makers of an animated film which reflects on the issues of the protection of children’s rights. The award comprises of a diploma and a work of art. 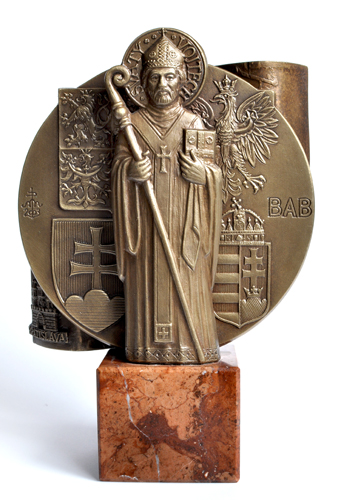 The St. Vojtech Award goes to the director of a film from a Visegrad country for outstanding quality of the animated film in the competition. This award is meant to endorse the production of high-quality animation for children, encourage the filmmakers as well as raise a broader public awareness of the production and distribution of animated films for children in the Visegrad countries. The award is represented by a statue of St. Vojtech, whose Christian and humanist message unites the peoples of these lands. 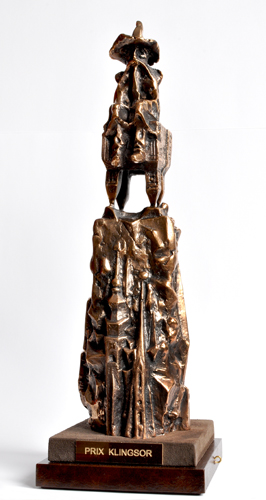 The PRIX KLINGSOR goes to a distinguished animation leader for lifetime achievement which perfectly blends together refined artistic qualities with those of filmmaking, and who focuses on animation intended for children. The award comprises of a diploma and a gold-plated bronze statue. 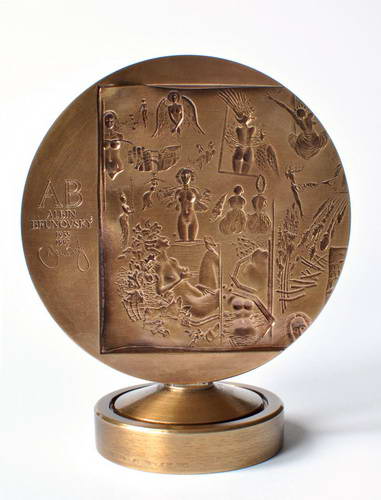 The Albín Brunovský Honorary Medal is an award given in memory of the outstanding artist, illustrator and BAB founder, which goes to distinguished makers of animated films for their outstanding contribution to the field of animation.  The award comprises of a diploma and a medal. The Junior Audience Award goes to the director of a film based on the results of an audience opinion poll among children who participate at festival screenings. The award comprises of a work of art. 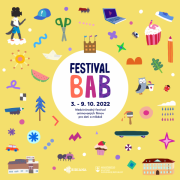 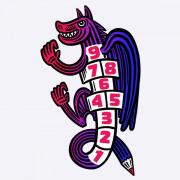 Exhibiting illustrators in the competition exposition of BIB 2021