Illustrator, graphic artist, painter, university pedagogue. Ján Lebiš was a significant personality of Slovak fine art, especially in the field of illustration for children and adults as well as in the field of free graphics.

He was born on 1 June 1937 in Moravský Krumlov in the Czech Republic. At first he studied mathematics and art at the Philosophical Faculty in Olomouc  (1949 – 1950), but very soon he went to Bratislava where he continued studying graphic design and book illustration under the Prof. Vincent Hložník (1951 – 1956). He was a member of the legendary Club of Graphic Artists established in the second half of the 50-ies that was trying to preserve the original message of graphics. After years of individual intensive work, he started teaching as a professor at the Academy of Fine Arts where he passed his knowledge to other generations of young artists (1983-1994). Ján Lebiš died in Bratislava on 9 October 1996.

Especially hospitable university atelier had an impact on his artistic and human development. Already during his studies, Ján Lebiš was a striking talent and he found his characteristic artificial expression very soon.  He was devoted to graphics and since 1955, also to book illustration for children. He moved from the graphics of historical inspiration and social defiance to the meditative position of subjective reflections, to the magic of illustration for children and to the new civilism of production in 80-ies and 90-ies. There are civil and performing art topics that can also be seen in free graphics – circus, theatre, fairy tales.

Already during his studies Ján Lebiš showed that he is an illustrator of a wide range of genres and skills, he was able to manage a great span of texts. The technique of pastel colours was the one he used by illustrating the most. He was able to connect an expressive graphic expression with lyrics and poetry of illustration in his works. He was partially influenced by folk woodcut which is obvious mainly in illustrations made by graphic techniques (especially woodcut and wood engraving) in black and white combination. It was exactly this kind of illustration when the figures and objects had a robust forms. By colourful illustrations he showed a great sensitivity, he was able to keep saturated colours in harmony. The main motive dominates his illustrations, mostly a human figure and the background is filled by many other figures and objects that are elaborated in detail. The way his illustrations accompanied the book brought it as close as possible to the children´s reader.

Illustration production made by Ján Lebiš was very rich. He started illustrating fiction for adult readers. But he grabbed readers´ attention mainly by his illustrations in literature for children and young people: his works were awarded by many prizes, for example, Fraňo Kráľ Award (1963), IBA Honorary Mention in Leipzig (1965), Award of Publishing House Mladé Letá (1965, 1966), Cyprián Majerník Award (1969), Ľudovít Fulla Award (1984) as well as by other awards in the competition The Most Beautiful Czechoslovak Books (1969, 1973, 1982, 1984). 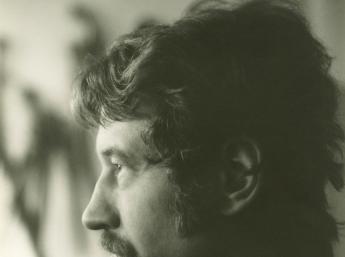