November 14 – 20, 2015 - At the 19th International Children's Film Festival in the Indian city of Hyderabad, the animated film THE FOREST - HOME OF ANIMALS (LES – DOMOV ZVIERAT) ) made in the BAB Atelier in BIBIANA was awarded the Main prize in the competition category of animated films made by children (Little Directors), the GOLDEN ELEPHANT AWARD for the Best film.

The International Children's Film Festival India (ICFFI), also known under the name the Golden Elephant festival takes place every other year in the historic city of Hyderabad. It is organized by the Children´s Film Society India (CFSI), under the responsibility of the Ministry of Information and Broadcasting. It was established in 1955 and its objective is to support the production and distribution of high-quality feature, documentary and animated films and also TV series intended for children.

The ICFFI festival represents one of the biggest children’s film festivals in the world with the most diverse genres and it is unique also because of its audience; it is attended not only by hundreds thousands of children coming to the venue from the whole India, but also by hundreds of professional filmmakers.

This year the Selection committee nominated for the competition also the Slovak animated film The Forest – Home of Animals (Les - domov zvierat). It was made by a group of children aged 7 – 11 years, supervised by Jana Juránková and Tomáš Danay, leaders of Animation workshop of the Biennial of Animation Bratislava (BAB) at BIBIANA.

Their film was awarded the prestigious Main prize, the Golden Elephant Award for the Best film in the Competition category Little Directors. The winning film was based on the decision of the professional International jury.

Congratulations to the children and their BAB Atelier leaders on this international success! 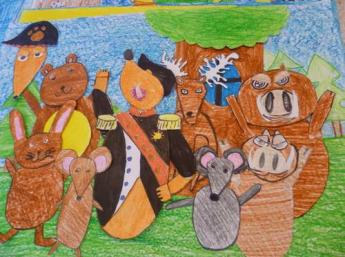 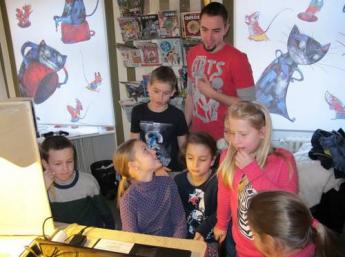 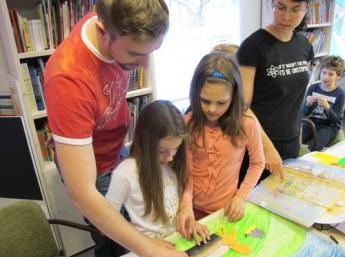