The Slovak illustration art has got its history and development; it has been following the traditions and at the same time it deals with the illustration in its new current circumstances. The strong pillar of the Slovak illustration school established by Albín Brunovský and based on artistic efforts of Vincent Hložník has been supporting generations of Slovak illustrators till today. When speaking about significant illustrators A. Brunovský and V. Hložník, one has to mention also the legend Ľudovít Fulla, and out of doubt to present the names that developed and has been developing the basis of the school till today, both from creative and pedagogic points of view – Viera Gergeľová, Dušan Kállay, , Jana Kiselová- Siteková, Viera Bombová,  Peter Kľúčik, Ľuba Končeková-Veselá, Svetozár Mydlo, Dezider Tóth, Ondrej Zimka, Katarína Ševellová-Šuteková, Vladimír Machaj, Oľga Bajusová, Róbert Brun, , Karol Ondreička, Peter Cpin, and others.

The fact that during the existence of the Biennial of Illustrations Bratislava (from 1967 till today) the illustrators from all generations were awarded, 17 artists in total (F. Blaško,  V. Bombová, R. Brun,  A. Brunovský, M. Cipár, R. Dúbravec, V. Gergeľová, D. Kállay, T. Klepoch, Ľ. Končeková-Veselá, J. Kiselová-Siteková, M. Matlovičová, , Ľ. Paľo, K. Ševellová-Šuteková, P. Uchnár, O. Zimka), proves the quality of the Slovak illustration art, whereas some of them were awarded repeatedly, or in some years even more than one Slovak illustrator were awarded. It means that during 27 BIBs Slovak illustrators received 29 prizes. This number has evidently been reflecting the continuously persisting quality of the Slovak illustration, in spite of the fact that the conditions and possibilities has changed rapidly for the artists.

This virtual exposition presents Slovak artists awarded at BIB from 1967 till 2019. Wide range of visual art techniques, composition plans can be found here, as well as very different conceptions of illustration, different approach both to text and atmosphere of the story, specific moods, spectrum of visual art approaches and expressions of the artists.

Short characteristics of the works

Illustrations made by František Blaško for lower age categories offer nice lyrical aspects of the content being fully colourful and unambiguous in their expression. The works of Viera Bombová are contrastive from mostly decorative character with abstracted details to frame abstraction using the motif of embroidery and shifted to a modernizing level.  An attack of colourful geometry underlining the figure and innovative composition, and purposeful deformation as well, are reflected in works of Robert Brun. Albín Brunovský, the founder of the Slovak illustration school, is the representative of Surrealistic works full of fantasy and dreams, colours and bizarre figures oriented to elaborated detail. An ornament, stylization, strong colour and sign artistic opinion are characteristic for the works of Miroslav Cipár. The way of expression of Róbert Dúbravec is spread, harder and more penetrative, in contrast with gentle and playful poetic approach of Viera Gergeľová. The youngest illustrator in this collection is Tomáš Klepoch. He uses linoleum etching combined with painting and recently also tablet graphics, namely the removal (scraping) technique to produce lines typical of linoleum etching graphics. He used various coloring, including dimmed shades as well as illustration with two or a maximum three colors to give dynamics to the visual aspect of the book. The only Grand Prix BIB winner from Slovakia (1983) Dušan Kállay is a Professor at the Academy of Visual Arts and Design where he has been educating next generations of talented illustrators. His witty, theatrical and fantasy-full approach to his works exceeds the borders, not only visually but also factually. The expression of is fragile, even ephemeral due to detailed miniature drawing and feminine subtlety. Contrast to her expression is the creation of Tomáš Klepoch with his expressive means, which belongs to the younger generations of Slovak illustrators. Scenographic vision, sense for collage and ironising humour in their intensive colours are typical for the young artist Martina Matlovičová. Vague aquarelle and a contrast of deep and radiating tones are characteristic to Ľuba Končeková-Veselá. The artwork of with synthesis of illustrations and text breaks the traditional way of accessing the illustration. The illustrator find the possibility of reduced form, showing the importance of the composition rhyme, points, lines and forms with innovative  and her own way.Ľuboslav Paľo has got a style being currently supported by deep palette of colours and gentle stylization of figures that gives them wit. Katarína Ševellová-Šuteková puts the picture in a colourful, precisely limited geometry of figures, flat and clearly defined. A kind of Brunovský-like handwriting is reflected in the works of who uses the colour, composition and the mood as well in a clever way. A bit of humour and gentle caricature is to be found in very colourful pictures made by Ondrej Zimka.

A collection presents a representative sample of works of high artistic quality made by Slovak picture book illustrators from the period of last 50 years. 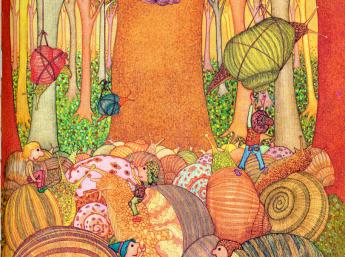 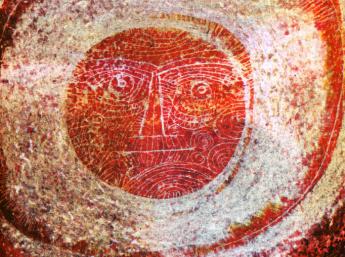 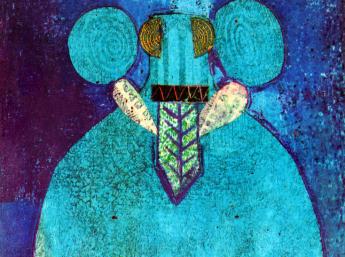 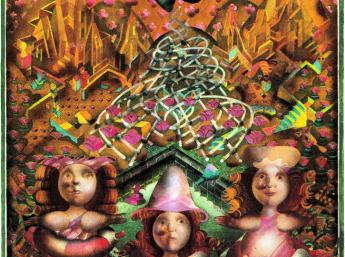 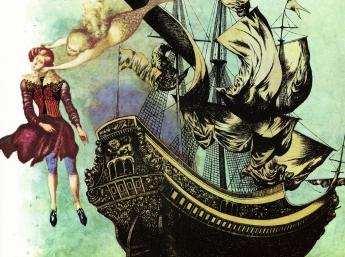 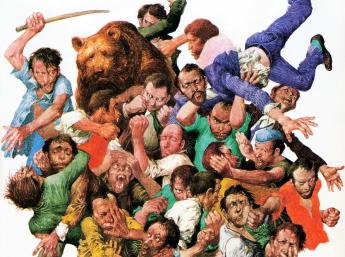 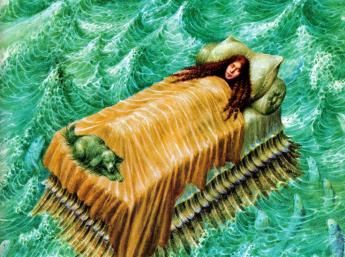 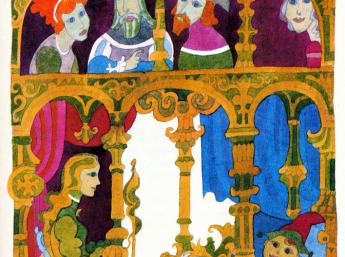 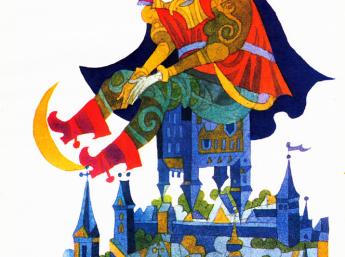 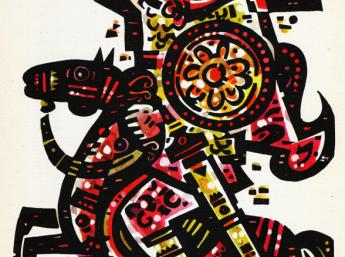 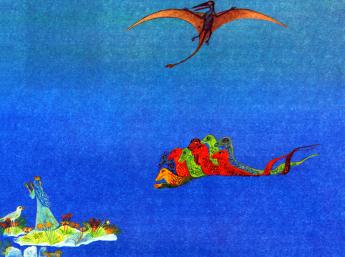 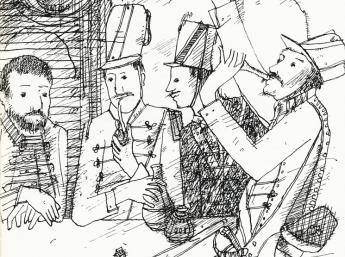 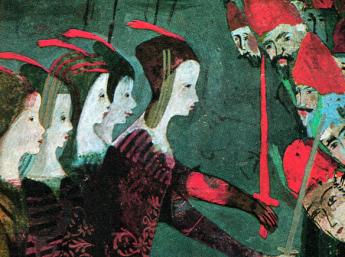 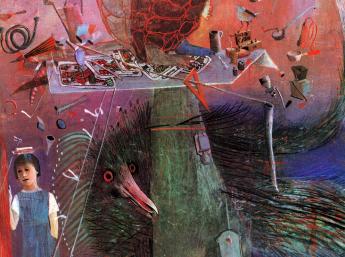 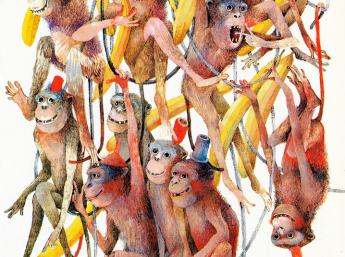 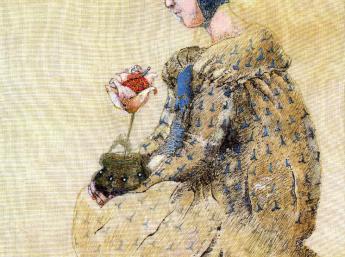 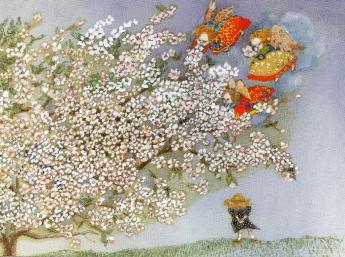 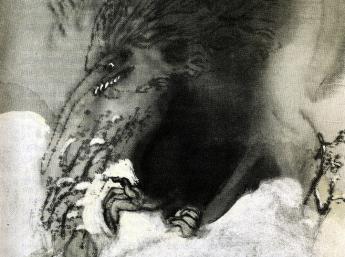 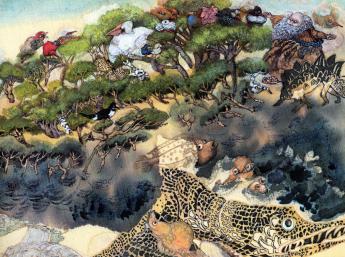 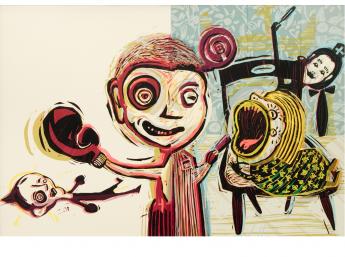 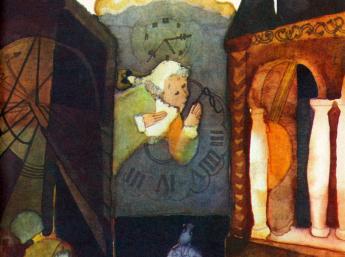 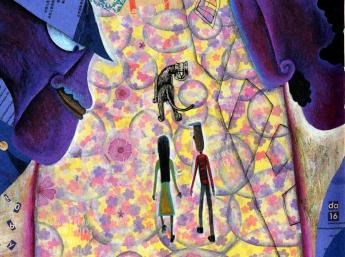 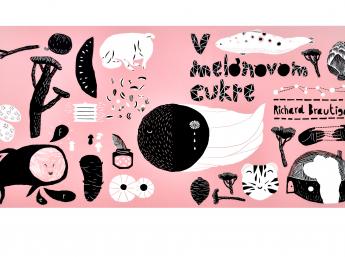 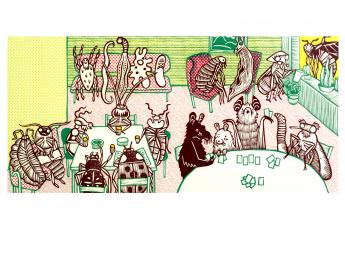 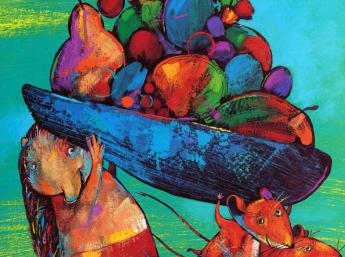 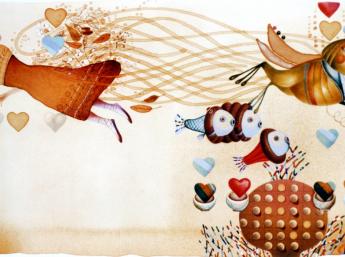 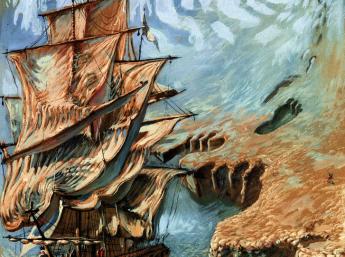 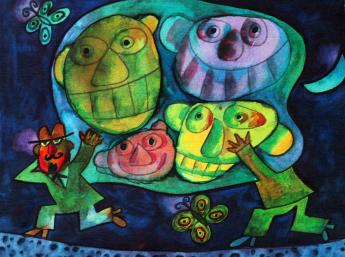 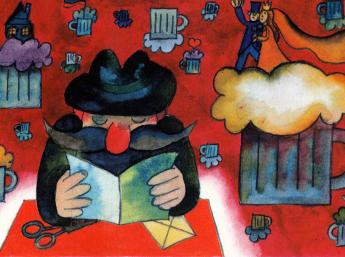